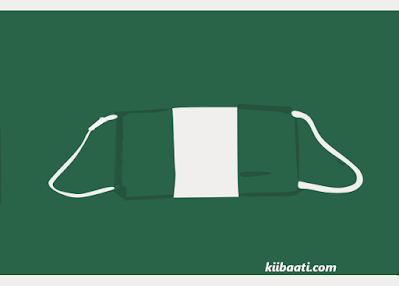 Reading the news today, you’d think Nigeria is what statisticians call “doing okay” . Half of the news analysis say the government of Nigeria is okay, the other half think the country is in a mess. So on average, that is okay, abi? They make everything about government as if government is equal to Nigeria.

Government is not Nigeria and Nigeria is not government..

As far as the ordinary Nigerian is concerned, that is neither here nor there. Your bank account does not double when the country’s reserves increase, your personal net worth does not directly change with the GDP. It may make you feel good that your party is in power but that does not buy fuel at the gas station. When you get sick, God is your health insurance. For many low income Nigerians, sports betting is the only hope. Still, we survive somehow.

We survived kidnappings. I used to think it was only rich people that kidnappers attack until they hijacked a friend of mine on the way to drop off his children at school. The guy was even unemployed at that time. Luckily for him , God won because after he paid the ransom and was set free, Canada also came through the same year. I don’t expect to see him in this country again.

We survived SARS. Our police have always had a bad reputation but who would have expected that grandmothers would be praying to God for the protection of their grandsons from thieves and SARS? Every law abiding citizen should want to support the work of police but the police should do a better work policing itself. Police brutality must end.

We survived COVID and movement restrictions.. Or at least, we act like it is over and we are safe. I hardly see anyone wearing the face mask properly if at all.

We survived receiving household loans as palliatives from the federal government . I’m still waiting to see how that story will end when the government starts to request loan repayment .Most borrowers are hoping it would be written off.

They say when you look down, you will see sand. The everyday activities of our fellow citizens is full of how we survived without government. But guess what, it does not matter. Of the 180 million of us fellow Nigerians, only 90000 directly with the federal government. 78000 work in banks. 30,000 work with Dangote. 65000 work directly in the oil industry.

Majority of us are on our own, farming, trading, running a small business and trying to avoid government palaver. The incompetence of the government would have been more critical if the majority of Nigerians depend on the government but thank goodness, they don’t.

So it does not matter what the government does, we thrive. Complaining about the government or praising it is irrelevant since it’s impact is felt by only a few. Let CBN decide their dollar rate, we know where we buy our own. Let PHCN off light, we on our generator. Let police do their thing, we put our trust in God and the Community Development Association.

Nothing does us, we always survive, always as one country. Happy Independence Day

Popular posts from this blog

Happy Is A Verb

October 04, 2020
Happy  One of the greatest discoveries by psychologists in the last century is that we humans are able to affect how we feel about anything, independent of our circumstances. To cite an extreme example, someone sick and dying can find reasons for joy in diminished circumstances while another, a wealthy and favoured person could live out their days in despondency. Without trying to undercut the seriousness of the medically diagnosed illness called depression, their is a lot each of us is able to do about feeling happy in our minds, being happy with ourselves . I admit it is usually easier to be happy with a chunk of juicy BBQ in my mouth. Your preference might be a glass of wine. A lot of elderly women like to fuss around with their grandchildren, it gives them a reason for living. We all have things we associate with wellness and just having those symbols around would make us feel better. Many of us were lucky as children to have parents who did things to make us happy. Sometim
Post a Comment
Read more

. Be With People Who Love You

August 06, 2020
Protect Your Inner Peace (c) Kiibaati.com My good friend, B.A was nursing the metaphorical broken heart . Tall, dark, rich and handsome, he ticked all the right boxes of the clichéd definition of a desirable male like it was a class quiz. A sports enthusiast, he had the physique of an Olympian but the mild manners of a well groomed alter boy. Normally, he was accustomed to hav ing a firm control of his emotions. But the failure of a three year relationship revealed the chink in his armour. Believe me, it is a depressing thing to see a grown man muffle his tears with a pillow as he cried himself to sleep.
Post a Comment
Read more